After this Ardmore has stored for almost 12 years, on an Ex. Laphroaig Barrel, we have bottled it at full cask strength of 59.3%. It has previously been possible to buy a share (cask share # 27) in this cask, and the “remaining” bottles have been put up for sale after bottling.

The cask has previously been used for storing whisky at Laphroaig, which has given this Ardmore a “whiff” of Laphroaig in both the aroma and the taste.

If coal-fired stills had been wrecked in favor of steam in the early days of Ardmore, it could have been progress. But extinguishing the fire as the distillery celebrated its 100th anniversary seemed almost perverse. This large distillery is located on the eastern edge of Speyside, where Aberdeenshire’s barley fields begin. Will the switch to steam mean a less caramel-like malt in Ardmore whisky and blends from the parent company Teachers? Yes, probably. 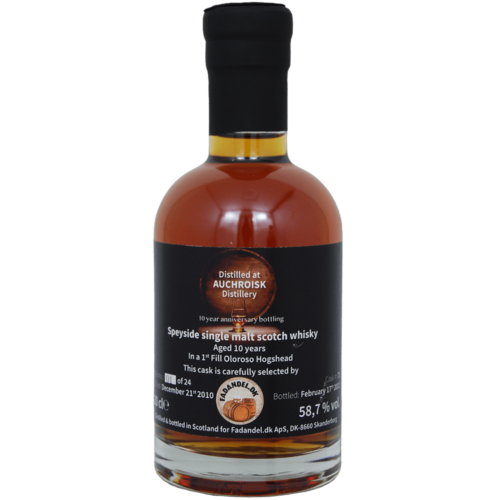 In celebration of Fadandel.dk’s 10 year anniversary in May 2021, we have purchased and bottled this fantastic Auchroisk, which is(…) 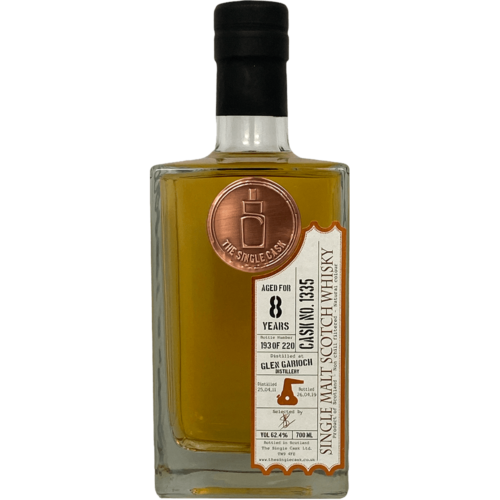 Glen Garioch is in our optics, a somewhat underrated distillery, and from which we have previously had bottlings. This whiskey(…)

Our Cask Share cask, Staoisha from Bunnahabhain has been bottled and are now in stock. The cask is bottled at full a cask strength(…) 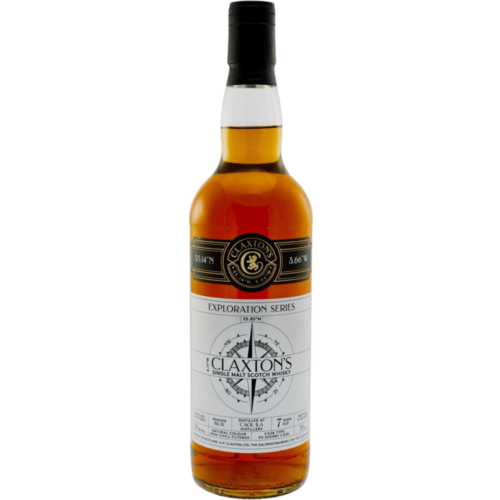 CLAXTON’S has bottled this 7Y old Caol Ila, which has aged on a PX Sherry cask before being bottled at(…)

€81.00
Add to cart
Good advice
Enthusiastic and live advice on all our products
Unique products
All of our bottlings at the shop are cask strength and not colored
Buy samples
You can buy samples of several of our products or take part in one of our tasting
Tastings
Whisky/Gin tastings in our premises or at your place